It must be a age thing but i seem to be hitting my live music bucket list of late; though i must stress - i still check out new bands. The Cure are defiantly not a new band - though they were once described as new wave. The band have been together since the late 70's and toured all over the world - many times. Unfortunately for this reviewer, it's my first time experiencing them in live action, Don't ask! I've had opportunities in the past but it just hasn't happened, though last Xmas i received a surprise gift from the wee lady wife: The Cure live in Manchester tickets. Nearly a year on i find myself in the Manchester Arena feeling excited and watching the current support for the tour The Twilight Sad. Living in Scotland I've seen the band from Glasgow a few times and have enjoyed them live. They have a loyal following up here. It seems a perfect choice for support: With the Glaswegians dark/ moody, Post - Punk - Indie Rock sound. Lead man James Graham fidgets, slaps his face while delivering intense vocals, all sung with his strong Kilsyth accent. Dressed in black - he looks like a cross between Ian Curtis and Brian Molko. He seems humbled to be playing to the huge crowds on this tour. Graham says ' We're not used to playing big venues - we usually play Night and Day ' ( A Intimate venue in the Northern Quarter of the City ) Personally i don't think their sound ( The 5 - piece ) carries well in the huge arena's. They don't have big - melodic songs like the Cure but they definitely warm up the packed arena full of new/older goths and fans of the dark  - rocker edge of  indie pop. 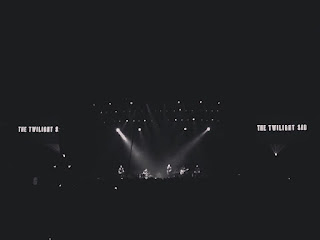 The Cure take to the stage around 8pm and launch in to Shake Dog Shake ( I was hoping for Plain song but this will do ) from the 1984 album The Top. A night like this follows. The visuals show a black and white split screen of all the band. The Walk is the first tune to bring the audience to dance, with it's synth heavy beats played by one of the earlier keyboardist's Roger O ' Donnell  Next we move up a year, in the bands back catalogue to 85's Push from The Head In The Door album. One of my favorites In Between Days gallops along and coincidentally Bassist Simon Gallup armed with low slung bass, hits those famous bass notes, head scarve hang's from his skin tight jeans and erm..gallops along the stage. The rest of the 5- piece remain static. 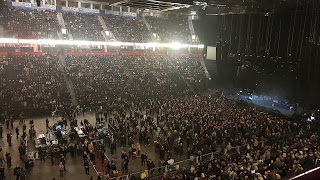 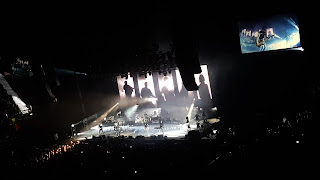 Pictures Of You is the first visit to the '89 classic album Disintegration It feels perfect for the arena: With it's widescreen and dream - pop sound, it makes me feel like I'm a character in a John Hughes movie- a glorious piece of 80's pop - played live with stunning effect. The same can't be said for the lesser known tunes like The Hungry Ghost ,Sinking and Want: I look down in to the masses and the mobiles have come out - a lad near me is checking his Facebook. It's the hit's that most people are here for and the band don't disappoint Just like Heaven, Love Song and High ring out and the crowd's are hanging on to every word. 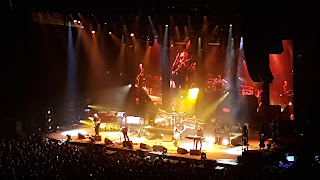 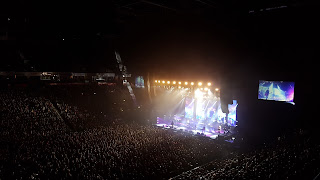 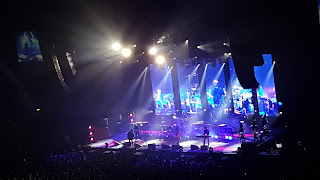 Give Me It closes the set with dramatic effect: Strobes fire out from the stage lighting - the band play frantically to a close ( Not too Close too Me ) 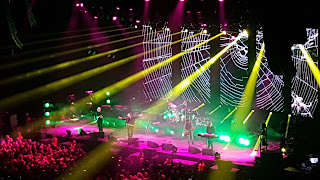 Of course we all know The Cure play long set's and they return to begin : Encore 1

The truly epic A Forest

During the 90's there was a fashion for cool soundtracks: The Crow was one of them. The Cure were on it with the cinematic goth - rock stomp of Burn.

Check out the video from said movie ?

Hit after hit: Lullaby, Friday i'm in love, Boys Don't Cry. Close To Me is the only song the black clad - wild haired - Goth - doll looking Robert Smith doesn't play guitar along with. He sings -playfully jumping back and forth to the mic. Why Can't I Be You finally closes the 2 hour set ( Not a big fan of this tune myself ) with it's Indie - Disco sound. The band leave the stage with only Robert Smith left on stage; with hand on his chest, is taking in the love from the cheering fans ' Thank you - We'll be back! ' his parting words. Hopefully they will and this reviewer won't hesitate next time - to get tickets to see one of the best live bands in the U.K. 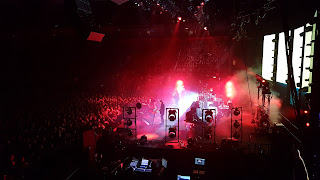 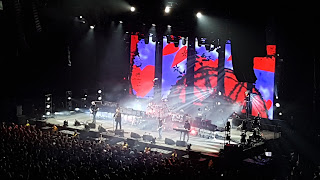 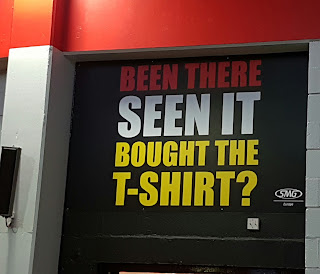 Check out my Cure in the mix https://www.mixcloud.com/DJANORAK/a-cure-for-the-mix-december-16/